I caught up with a fascinating documentary on BBC iPlayer this week called “The Secret World of Haute Couture” by Margie Kinmonth. It was produced in 2007 (so has been around for quite a while now) but I found it absolutely fascinating. And I now have a completely new attitude (and respect) for what had seemed to me previously to be something rather frivolous.

I confess to being completely ignorant on the fashion front. In fact, on our recent trip to Cairns my daughter bought a necklace at the Night Markets and she asked me if I thought the interlocking C’s meant something special. I replied along the lines that it probably meant something but I didn’t know what. Later that week, I was shopping with a friend in Brisbane and spotted the interlocking C’s – on the front of the Chanel store! I can’t tell you how stupid I felt realising that I actually hadn’t known the logo for one of the most famous fashion houses in the world 🙂 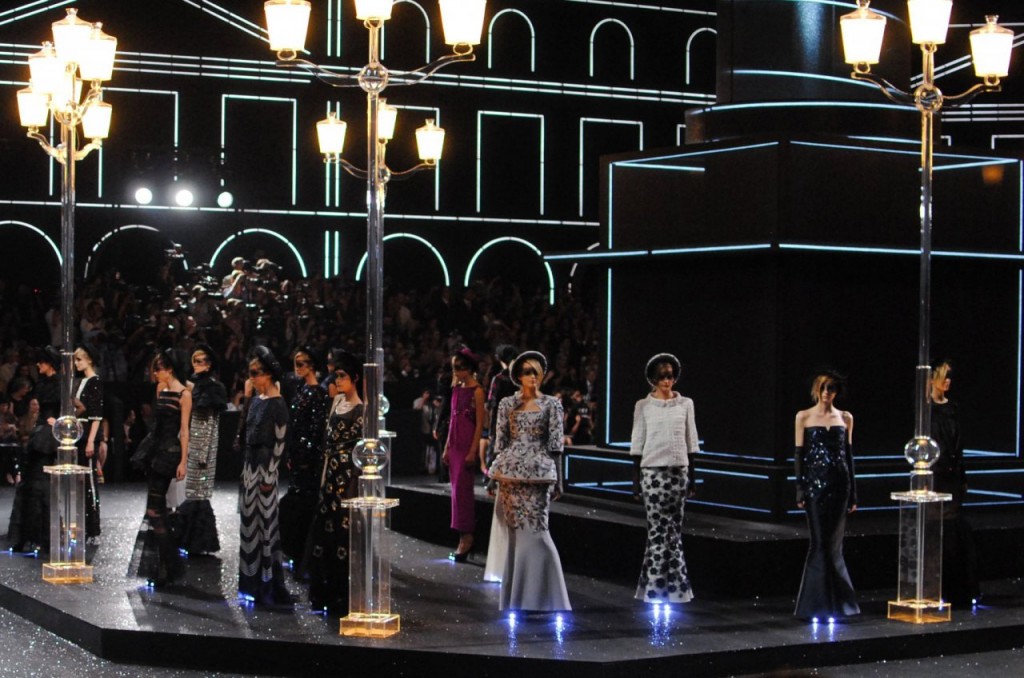 So, the full extent of my fashion knowledge is derived from what I have briefly gleaned  from flicking through magazines in the doctor’s surgery. My knowledge is meagre to say the least. And I confess that I was pretty prejudiced. I would look at elaborate creations on the catwalk and think to myself, “Who on earth wears this stuff? What is the point?”. Until I saw saw this documentary…..

The “haute couture” label is protected by law in France. Of course, it is often used to describe “high fashion” in a wider sense, but strictly speaking the Chambre Syndicale de la Haute Couture includes only those companies who have been granted the designation “Haute Couture” by the Chambre de Commerce et d’Industrie de Paris. The label is reviewed annually and depends on a rigorous set of criteria. The key points are that haute couture pieces are designed to be one-off garments, exclusively tailored to fit one person, and made by hand using the very finest materials. Qualifying fashion houses must also present a full collection of haute couture garments at two shows per year.

Some of these garments are exquisitely beautiful, others ugly, and some frankly quite bizarre. A price tag of US$100,000 (or a lot more) for a single dress is quite normal. But what I have come to realise is that each and every garment is a work of art, painstakingly created by highly skilled craftspeople who put hours and hours of hand work into each unique design. 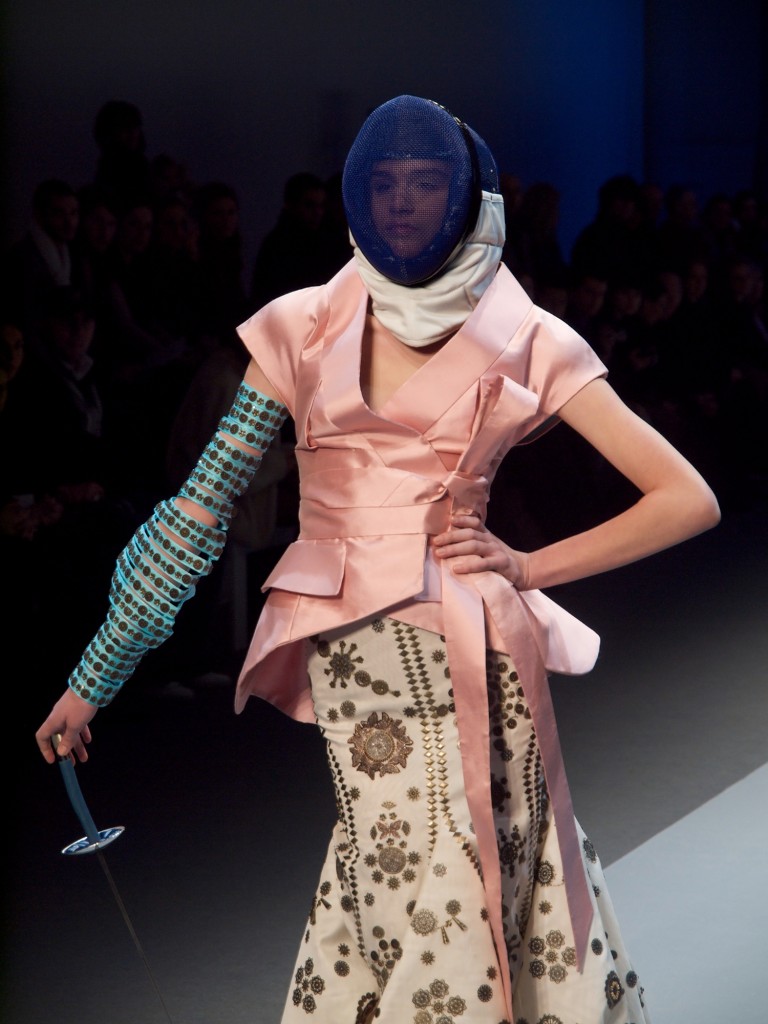 An outfit from the 2010 Spring/Summer Collection by Khaled el Masri.

For example, the outfit pictured above by Khaled el Masri is at first a bizarre representation of a female fencer. But take a closer look at the skirt. The gold surface design is exquisite and will have been worked entirely by hand to perfectly fit the shape and fit of the skirt. There must be hours and hours of work in such a creation.

And so I have come to realise that “haute couture” is playing a very important role in preserving exquisite craftmanship in a world where it might otherwise have disappeared completely. Without the rigorous standards set by the Chambre de Commerce et d’Industrie de Paris, the ateliers that produce exquisite work for a mere handful of designers (and only a few hundred customers) might have disappeared all together.

And it is so important that we preserve these skills. I am passionate about sharing my love of embroidery because I love the simple rhythm of stitching and the joy of making something with my own hands.  But nearly all my contact with embroidery to date has been as a craft or in the realm of textiles from around the world. To my shame, I hadn’t really stopped to think just how important it is to preserve the very highest standards of the art too.

So, I have a new found respect for the world of haute couture. Long may it preserve the skilled art of embellishment with needle, thread and beads, as well as stretching the boundaries of what is possible!

If you would like to see a whole range of images related to embroidery on clothing, follow this link to have a look at my Pinterest board.

View all posts by Ann-Marie →

Why handmade?
More textiles from Myanmar